See more popular or the latest prezis. Download Cancel. Width: pixels Height: pixels. Constrain to simple back and forward steps. Copy code to clipboard. Send email. Send to group. Start presenting Close. Get started. Log in. Houston, we have a problem! Stand out and be remembered with Prezi, the secret weapon of great presenters.

Get started today. What is Prezi? Learn more.


Send the link below via email or IM Copy. Present to your audience Start remote presentation. Do you really want to delete this prezi? Ironically on the very same occasion where I feel proud to be part of a country that pledges to protect my religious beliefs as long as it is not harming any one I am orderd to lower my veil?

How fair is that?

I have no objection to anybody having their face identified. But is it really necessary to have the face uncovered in order to make sure if the oath is being recited? How can you make sure that everybody in the court is actually reciting the oath?

There are other ways to ensure that. I hope the Canadian leaders will think this through keeping in mind the interests of all the different cultures and religions that makeup this diverse country. So much for welcoming diversity, for celebrating multiculturalism, for freedom of religion. 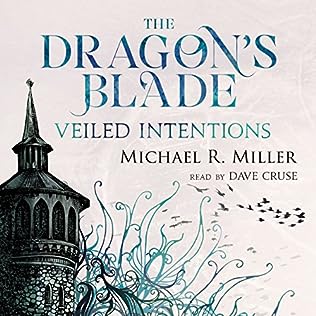 Immigration Minister Jason Kenney has a thing about the veil. And using the cover of the veil he has chosen to hit the weakest community among us, Canadians. Muslims have been reviled in this country for one reason or another, and Kenney may think he has chosen a spot where banning veil-wearing Muslim women from citizenship of the country lands him in a win-win situation. It smacks of witch-hunt carried off the bat of a cabinet minister behaving like an autocrat who feels no need to consult anyone or be accountable to any.

This is not democracy but a shade of fascism. I sincerely applaud the change in the rules regarding full face coverings no longer being allowed at citizenship ceremonies. If I remember correctly, you need to be in Canada at least three years before being allowed to apply for citizenship. That is a sufficient amount of time to do some adapting to life in Canada. Most immigrants are happy to do so. I guess this matter is so much more important to them than addressing matters such as child poverty over , children use food banks every year in Canada , or lack of public housing for fellow Canadians, etc.

This inference is rooted in a false association of inhumane cultural practices in various Muslim societies to the actual scriptural teaching. I am a Muslim woman, and I know many other Muslim women, family members and friends, who choose to wear the veil. The issue here is that it was not an issue to begin with.

None of the Canadian veiled women that I know, whether natural citizens or immigrants, would object to showing their face for Citizenship purposes. Though if the government wishes to ban veiling during oath ceremonies, then by all means go ahead, but why make this a national headline? Unfortunately, the ramification of this fanfare acts to pit Canadians against each other, and incite animosity against Canadian Muslims. Immigration Minister Jason Kenney is, I am told, a supporter of freedom of religion — in other countries, it seems.

He is not, it appears, so much a supporter here. He tells us that he demands that new Canadians fit in. Does this mean having to deny what some believe is a tenet of their religion? His order concerning all who appear at citizenship court ceremonies goes against his own statements, and he is to be roundly comdemned for this. I think your editorial pretty much covered both sides.

My concern is: if a man did the same, would it be acceptable? I have been a reader of your newspaper for quite some time now, well before xenophobia in our society and government was so apparent and visible. I wanted to personally thank you for your brave piece about the niqab issue. In a time when newspapers have bottom lines and must please their readers, it is a brave stand that you took in support of freedom of choice and in support of a small group of vulnerable women who are being forced to let go of their beliefs in the name of liberty. Please, keep up the great work that you do, that is to help the society keep herself in check.

I would argue that it is not. The appropriate time is when considering emigration.

Is it any more coercive than requiring people who appear in court or enter a church to remove their hat? Our federal government is showing some leadership. What a surprise. If the government does not put the rules in place a lot of immigrants will grab the tail and wag the dog. No one in Canada, citizens, visitors, or others, should be allowed to cover their face for any reason. This is not bigotry but common sense and the accepted norm practiced over hundreds of years in our society.

It should not be changed to accommodate a few people who want to come permanently or temporarily to our country. These women should not be allowed to remain in Canada.

This is a simple case of identity. And it applies to almost every facet of life in a democracy. How can anyone identify anyone who might be involved in a crime, getting a license or testifing, whose face is covered? This is about identity and everything else is beside the point.

The fact that it originates with the subjugation of women is also beside the point — an argument for another day. Where is our tolerance of other cultures? The ruling simply reflects a growing intolerance. I thought we Canadians were better then this. People fled Europe for these freedoms.

We are not Nazis.